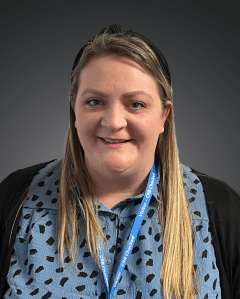 Mel has a BA Honours degree in Business Management, covering marketing, consumer behaviour and finance. She worked at Sainsbury’s for ten years as a Buyers Assistant, based at their head office in Holborn. As part of this role, she set up new products and promotions, generated/approved advertising and worked closely with marketing and online. In her time there, she implemented events including the Great British Beer Hunt at the Oxo Tower, the Traditional Cider Event in store/online and the launch of fruity wines online. Previous to Sainsbury’s, Mel completed a similar role at Waitrose head office and before that worked in a Waitrose store for seven years.
Alongside her career, Mel has also volunteered for the Raiders Ice Hockey Team in Romford for over 15 years, where she has raised over £20,000 per year in player sponsorships and over £5000 per year in other fundraising on match nights where she leads a group of volunteers. She has taken the reins on social media for the team on many occasions, most recently for the Spring Cup series behind closed doors during the pandemic. She has helped to organise and attended events including the Havering Show and the Romford Christmas Lights Switch on and has also been the merchandise buyer, purchasing merchandise to sell to the supporters.
Mel is excited for the move into the education sector and to use her knowledge and experiences from Sainsbury’s, the Raiders and her degree to support LIFE Education Trust with their marketing activity.