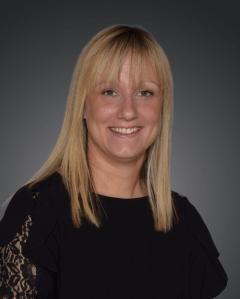 Louise has always had a passion for working with children, starting off her career as a nursery nurse, and moving on to becoming Nursery Manager for a 100 place day nursery in Canary Wharf. This is where Louise discovered her enthusiasm for operations, and became the Operations Manager for five day nurseries, all within the Canary Wharf area. Louise was in this role for 8 years, but after having her 2nd child, Louise decided to work closer to home and became Benhurst Primary School’s Finance and Personnel Officer.
In her role at Benhurst, Louise gave finance support to the other primary schools within the Trust. In September 2020, Louise officially took on the role of Trust Finance Support, alongside her role at Benhurst. In September 2021, Louise became Finance and HR Adviser for the Rural Primary Schools in the Trust.
Louise has a BA (Hons) degree in Early Education, and holds Early Years Professional Status, so gets the best of both worlds, her developing passion for operations, as well as working within an educational establishment.